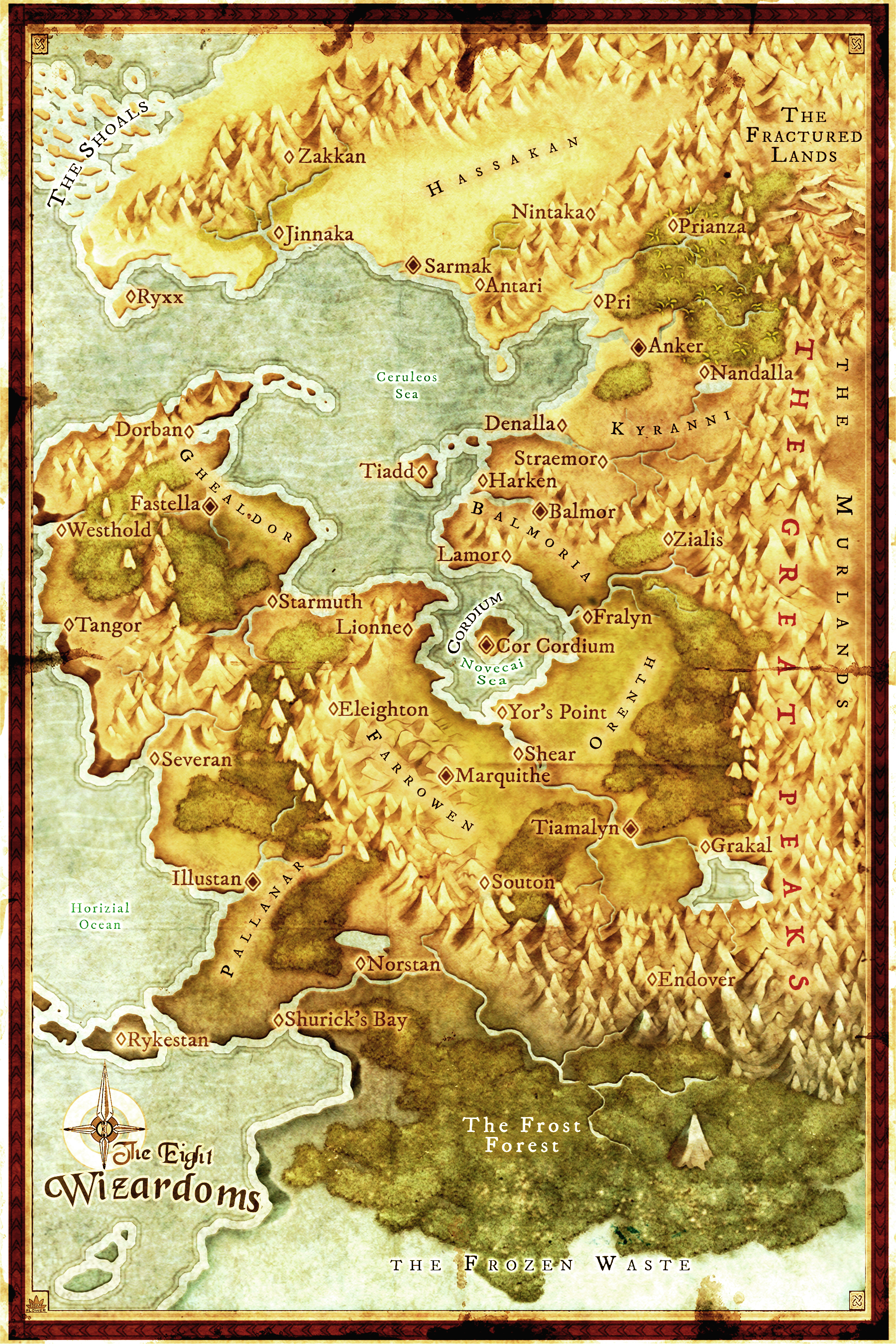 
This is a big subject for epic fantasy, and like most of my favorites, this world began with a map. My love affair with fantasy maps has gone on for ~35 years. I enjoy maps, the terrain, weather, and how it affects the story. I sketched out a map as I built my world (later paid a pro to make it pretty).

Before I had a plot, I knew I wanted the world to have a long history and one where magical beings such as dwarfs, elves, dragons, and others were legendary. Having been absent from the world for 2,000 years, the general populace believes them nothing more than myth. This would enable a sense of wonder and discovery when these beings return.

The lands to the distant east are split from the wizardoms by impossibly high peaks, too high to breath even in the saddles. The only means to reach these lands is to circle around through the frigid tundra to the south or to journey through the chasms known as The Fractured Lands: The battlefield between mankind and darkspawn from the Murlands.

I also wanted this series to explore many of the most classic epic fantasy tropes, turning some on their head while explaining others in a new manner. A simple one was to set the continent in the southern hemisphere with a hot, desert land in the north, ice fields in the south. Much of the middle ground is around a sea that is very much like the Mediterranean, climates moderate throughout the year.

Each wizardom has its own culture, some more exotic than others. The capital cities are ancient, built by a lost race known only as the Makers. Each of those cities has a structure called the Tower of Devotion while the smaller cities each have an obelisk used for the same purpose. These are critical elements to both the plot and the magic system of the world.

Expect posts detailing the primary magic system and the gods of this world very soon. Both have an significant impact on the story itself.