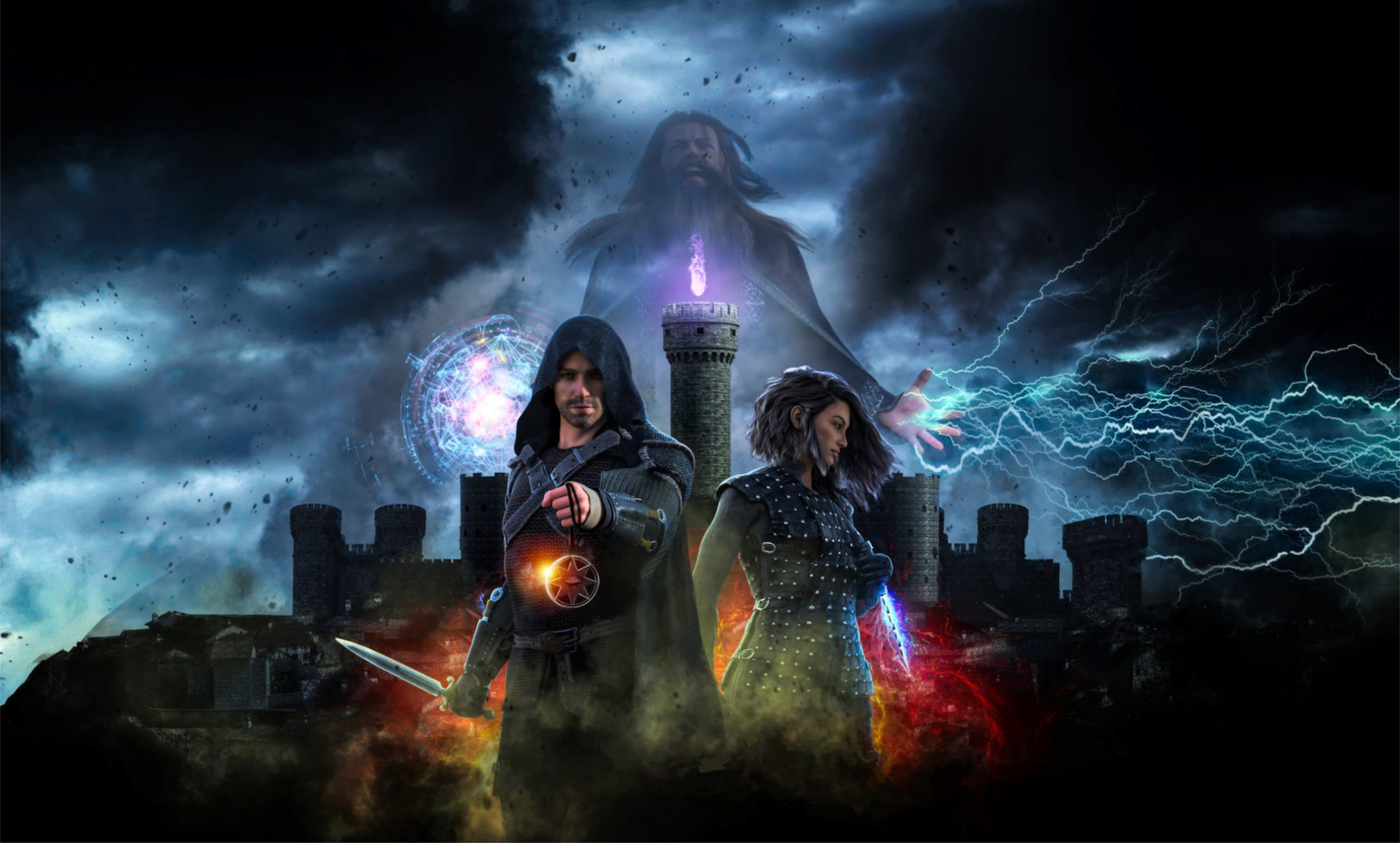 This is the first in a series of four blog posts I plan to share regarding what inspired FATE OF WIZARDOMS. Enjoy.

What inspired this book? It is a common question for authors. While we can try to toss out short summaries, the answer we wish to provide is far more complex because there are many elements to a book or series (characters, plot, worldbuilding, politics, themes, religion, magic system...). So, rather than attempt to summarize my Fate of Wizardoms series, I decided to break it down into the four key elements and the inspiration behind each.

I had to begin with characters. As a reader, nothing is more likely to cause me to bail on a book than a disconnection with the characters within the story. The more I am drawn to the characters, the more tolerant I am of any other aspect falling short of expectations.

Here are the key characters from Eye of Obscurance, the first book in the series.

Jerrell "Jace" Landish: I list Jace first because he is the central character, which is not easy because he is not a fierce warrior or powerful magic user. Instead, he was inspired by the likes of Mat Cauthon, Han Solo, Star Lord, Locke Lamora, and Kaz Brekker. He is clever, arrogant, and a complete rogue. As a thief for hire, his exploits have become legendary, forcing him to use alternative names or face fierce distrust from others. His sharp tongue and flamboyant nature make him a blast to write. Yes, he is a scoundrel, especially in the first book, but he has a core of loyal integrity beneath his self-centered exterior.

Rhoa Sulikani: In nature, Rhoa is similar Lyra, to the main character from my book, Rogue Legacy. She is fierce, brave, and determined. When she was nine years old, her parents were taken from her, a tragic event that molds her personality and motivations. I wrote her in as an acrobat as a plot tool, partially driven by the opening scene of the book, and because I wanted to include a menagerie (circus) as a unique element of the world. She is similar to Inej from Six of Crows in many ways (I was nearly finished writing Fate of Wizardoms book one when I read Six of Crows).

Narine Killarius: As a princess and wizardess, Narine grew up in a different reality, pampered in every way...until you realize neither her father nor brother offer an ounce of affection(her mother died when she was a toddler). Although beautiful and curvy, she envies her bodyguard, Adyn for her lean frame and athletic prowess - classic "grass is always greener". Narine really gets a chance to shine in the second book of the series and beyond, joining Jace as a true "central character". In fact, by the middle of book three, I have a total crush on Narine, and I am the author! She is a sort of conglomeration of numerous women from Wheel of Time, combining the aspects I liked best from Egwene, Elayne, and Nynaeve.

Rawkobon Kragmor: Rawk is a dwarf of a different sort. Unlike his brethren, who take great pride in their beards, Rawk is hairless and has been treated as an outcast his entire life. When Rawk violates a sacred law of his people, he is cast out of his mountain home. Shy and reserved(very undwarf-like), Rawk is loyal to a fault to those he cares for. Also, he can do a special type of magic and his unique abilities become critical tools at opportune times. I very intentionally made Rawk a non-standard dwarf and needed a character who just didn't fit in his society.

There are other characters, including scheming antagonists, power-hungry wizards, a world-traveling storyteller, additional dwarfs, seers, and many others. I also add new POV characters as the series progresses, including a huntress and jaded ex-soldier who are drawn into the main quest.

One final note regarding characters: I happen to love dialogue, particularly banter. The interactions between these individuals is among my favorite elements of the series, and it only gets better as they spend more time together.

More inspiration posts will follow over the coming weeks. If you have questions or feedback, contact me at JLKohanek@gmail.com. I would love to hear from you.