Enjoy Fantasy Maps? Me Too!

Apr 10, 2018 by Jeffrey L. Kohanek
Before I wrote my first book, I had created a map of the world of Issalia. That map has been a guide for me as a writer and has been used by thousands of readers to follow while Brock and his friends journeyed across the land. As I prepare to launch a new series set in Issalia, I decided to seek out a professional to apply her cartography skills to my world. Thanks, Ren. I think the map looks AWESOME. I'd love to hear what you think of my new and updated map.

Below the map is a blog post I published a little over a year ago that relates to thsi subject. I thought it might be fun to repost it for those who have not read it while they check out my new map and compare it to the old version. 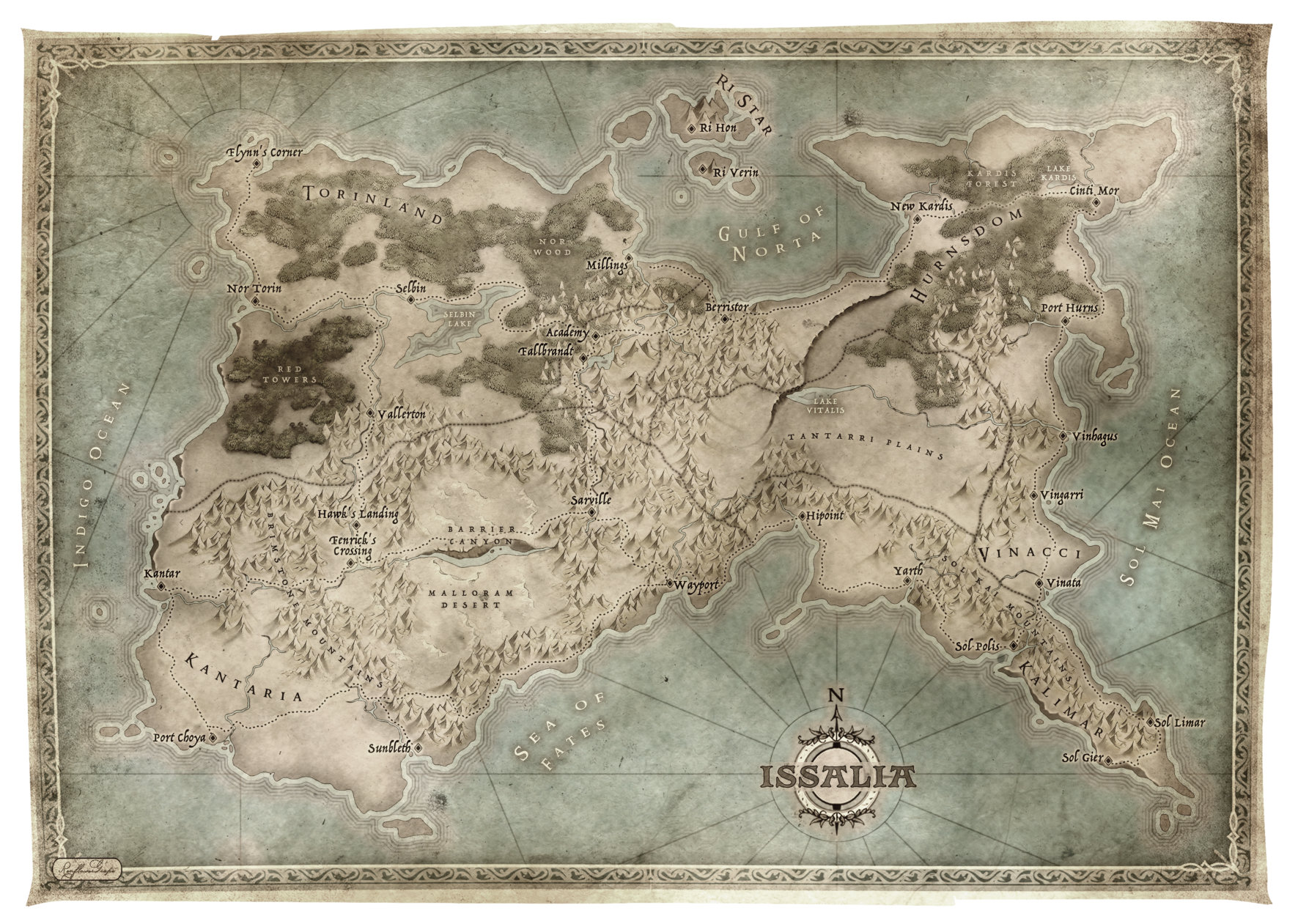 The first time my twelve-year-old self opened The Fellowship of the Ring, my eyes lit-up upon reaching page four. I found the map of Middle-Earth a revelation, painting another world in a manner I had never before experienced. As I read through The Lord of the Rings, I would go back to that map countless times, studying it as Frodo and company journeyed across dangerous and fantastical lands.

Something special occurred while those books and I found my reading experience permanently corrupted. I would go to the bookstore or library, seeking stories that could capture my imagination as Tolkien did. As a result, I discovered authors such as David Eddings, Raymond E. Feist, Piers Anthony, Lyndon Hardy, Terry Brooks, Margaret Weiss/Tracy Hickman, and others. One thing that each of these books had in common was a map. I would scan the bookshelf for a cover that teased my imagination and I would immediately page through the first section of the book. Without fail, if I found no map, I would put the book back on the shelf and move on to the next.

After tasting the intriguing universes that high fantasy books offered, anything that took place within our own world seemed bland in comparison. I found that a map was the key to unlock these exciting new worlds, worlds that came to life within the pages that followed.

When I decided to enter the fray as an author, creating my own world and the stories of the characters that existed within it, I started with a map. Before I even created a plot outline, I needed a map to shape the world, a world with a rich history and a unique culture. Once the ancient kingdoms and current Empire of Issalia were drawn on paper, the last details of the plot and the magic system somehow became self-defined. Everything melded together as if it were a grand performance, perfectly orchestrated.

I am now deep into the final rounds of edits for the third book in The Runes of Issalia trilogy and I anxiously await for its April release. Although this particular adventure comes to an end, the world that surrounds the story contains many other tales waiting to be told. You can look forward to a prequel and even another series, taking readers to places and experiencing discoveries that I have only begun to imagine.

And to think, it all started with a map. An image of my original world map is posted below. 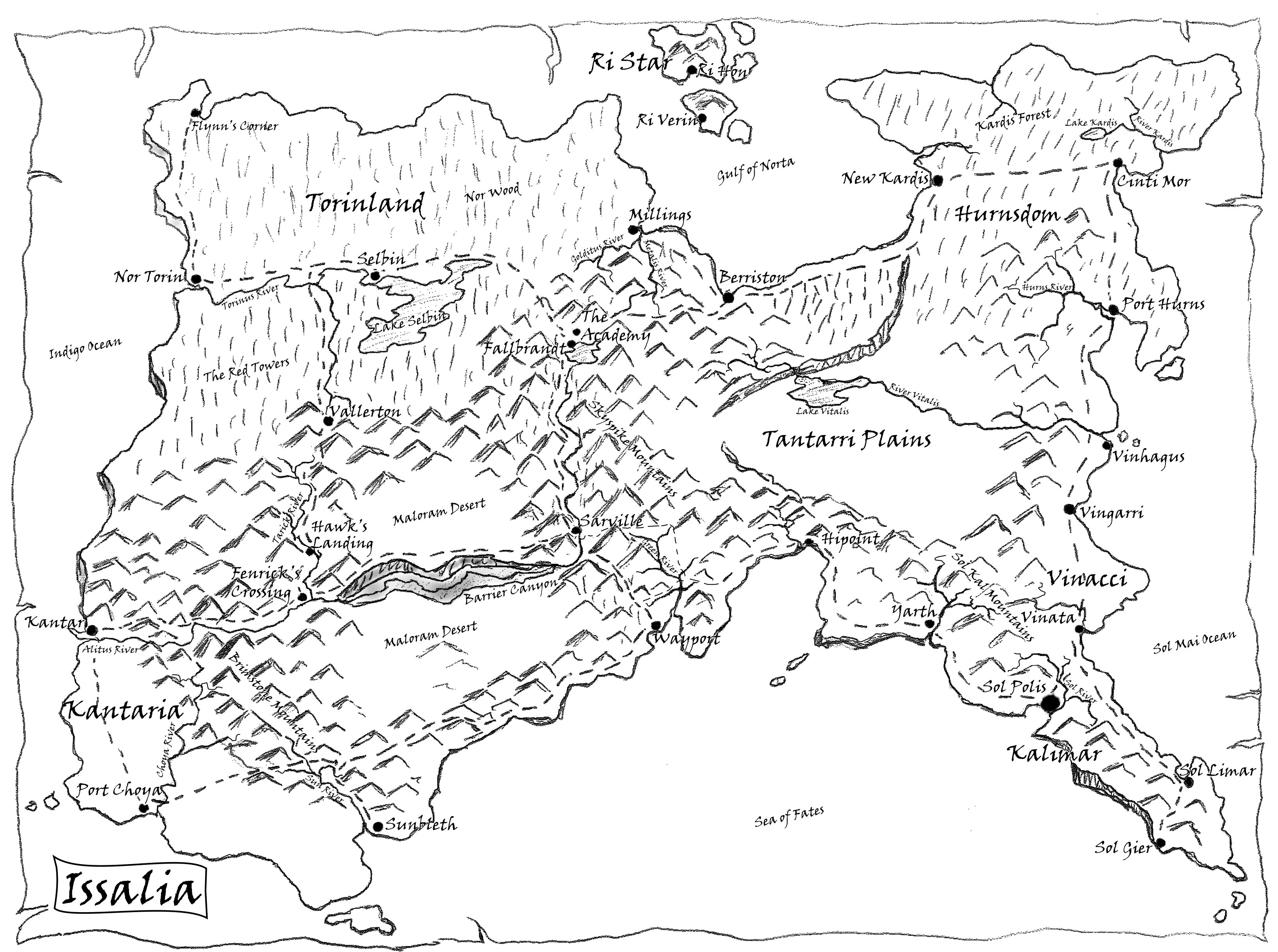